FOR THE CARAMEL DRIZZLE

3. In a separate bowl, using an electric or stand mixer, beat eggs until creamy. Beat in brown sugar and sugar substitute on medium speed for one minute.

4. Add in vanilla, yogurt and oil. Beat until well combined. Add flour mixture and pumpkin, beat until just combined. Scraping down the sides of the mixing bowl as necessary.

5. Spread batter into prepared loaf pan. Bake for 44-55 minutes or until toothpick inserted into the center comes out clean. Allow bread to cool in pan for 10 minutes before removing it to cool completely on a wire rack.

6. While bread is cooling, begin preparing the frosting. Cream together butter and pumpkin puree. Add in cinnamon and vanilla and beat until creamy. Slowly add confectioner’s sugar and milk. Beat until well-combined and creamy. Spread frosting over the top of the cooled bread.

7. In a small saucepan, stir together brown sugar and water. Dissolve sugar over medium-high heat. Continue heating until caramel turns dark brown and starts to boil, making sure to stir constantly to avoid burning.

8. Add butter and salt to caramel. Stir to combine and remove from heat. Continue stirring for another 1-2 minutes to cool the caramel somewhat before drizzling over the top of the frosting.

9. Slice bread and serve. Store leftovers in the refrigerator. 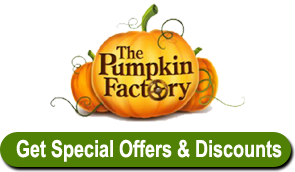